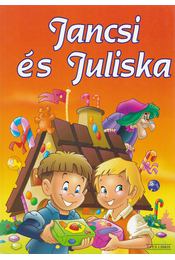 This story happened when we lived in Debrecen, Hungary and our son was just a little fellow. One day I arrived at the train station to take the almost three hour trip to Budapest. After getting my ticket, I was biding time in the lobby of the station until it was time to board the train. There was a table covered with books for sale. That's when I spotted an over-sized children's book entitled: Jancsi és Juliska. That's the Hungarian title for Hansel and Gretel. I was familiar with the story and its characters since I had recently read the story to my young son. The hardback Hungarian children's book had large illustrations on the left side with the large print corresponding text on the right side. I had a bright idea. The book would be good practice for me since I was studying Hungarian. I knew the story and I had the help of the illustrations in understanding the text. Even if I did not know all of the words, I could have some success in reading this book. The book would then be a good gift for my son.
Now get the picture. I was a well-dressed adult man taking the train into the capital city. As were many people on the train, I was utilizing my time with some reading material. Only with me, I was reading a giant full-colored illustrated book of Hansel and Gretel with the text in giant letters.

The conductor came by for my ticket. I handed it to him without making any comment. He looked at me, looked at the book and then looked back at me. He had no way of knowing that I was a foreigner studying his difficult language. He just rolled his eyes, shook his head and continued down the aisle!

The joys of learning a new language!
Posted by Dan and Rose Smith at 10:02 AM 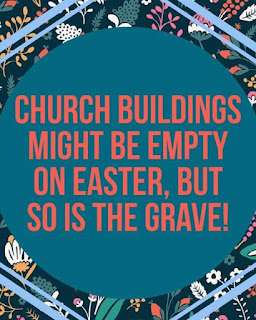 ​Here is a reality:

Church buildings may be empty on Easter, but so is the grave!

Guys, this may be the most exciting Easter that we have ever experienced! I believe that all around the world, two major things are happening:

(1) In these desperate situations, the hearts of people are turning to the Lord.

(2) The Church is having to think and minister in ways and methods that they have never thought. Therefore, new wine skins are being formed to receive the harvest that is already beginning to take place.

What the enemy meant for your evil, God will turn for your good. (Genesis 50:20)
Posted by Dan and Rose Smith at 3:29 PM

Your Change Will Come

In the fullness of time! When we felt the call to be missionaries, it did not happen immediately. In fact, 1987-1990 were some of the hardest years ever! Our break finally came in August 1990 when we were asked to move to Debrecen, Hungary as the directors of the Eastern European Resource Center. Then I understood: we had to wait for a change in government. Communism had to fall.

At the end of August I was thinking about this period of time in the late 1980s and thought back to the song that I played everyday on my cassette player: "Your Change Will Come" by the New Jersey Mass Choir.  I decided to do a YouTube search and immediately found the song. Now a little story:

In September 1989 we had Hurricane Hugo. Our church roof in Charleston, South Carolina was completely blown off. A couple came from Alabama as the head of construction. Rose and I would have dinner with them on Friday nights. One evening they said that they had a private plane and always wanted to go to the Bahamas. Why not go together? I suggested Easter week. The first night in Abaco in the spring of 1990, we went to a restaurant and "my song" was playing on their speakers: "Your Change Will Come". It turned out that the owner of the restaurant was also the pastor of a local Church of God congregation. We all went to church together on Sunday. Since their musicians knew the song "Praise Him" (also a New Jersey Mass Choir song), Rose and I sang it.

Just a couple of days before Hurricane Dorian hit Abaco, I thought about this song and found it on YouTube. I then began to think about our time in Abaco and the people that we met. Now it is so heart breaking to know that those very people are in trouble. We stayed in touch for a couple of years but now I no longer have contact information for them. 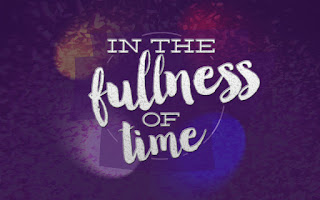 Merry Christmas and a Happy New Year from the Smiths

Ministry House:In 2012 a dream came true: a place of refreshment for church leaders. This is a studio apartment that is next to our house. Several leaders have stayed in this guest house, some in very critical need of restoration. Because of the limited size of the apartment, it is suitable for only one person or a couple. There is no place to bring a child. However, on the flip side, it is close to the lake, the train station, shops and restaurants.  The Hideaway:After my mother passed away a year ago, each of the children received some money. We used our portion to purchase a house for ministry that is eight miles away from us in an isolated area on a mountainside. This will not only honor our parents but will expand our ministry to church leaders. Now an entire family can be refreshed in The Hideaway with a wonderful panorama view.
We need funds to renovate the living room, bathroom and kitchen at The Hideaway and later, the other rooms. The contractor is scheduled for the 2nd and 3rd weeks of May.Also, we just found out that we can purchase the empty lot on either side of The Hideaway which would ensure that the place remains peaceful and quiet. This is important for those who come. We can close on the sale of one of these properties as soon as we have the funds. We would also like to do maintenance work on the existing Ministry House.If you can make a donation to this, we believe that it would be a wise investment in God's Kingdom. Please contact us and we will let you know the best way to send the funds. These project funds are separate from our monthly support funds.
Posted by Dan and Rose Smith at 7:28 PM


Before my mother passed away, Marion sang a song for her that comes from Psalm 121. With Marion having the fire accident, this psalm has been my strenght.
Posted by Dan and Rose Smith at 11:21 PM 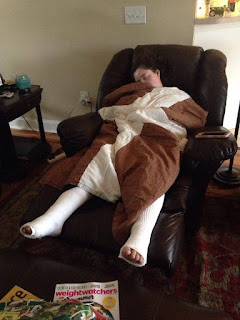 Thanks to each of you that have been praying for Marion following her burn accident. It could have been much worse. Rose was talking with Marion via Skype when it happened. Oil on the stove overheated and when Marion went to throw the pan out the door, the wind caused it to flame up with fire going into her face. The face only had first degree burns but the right hand had third degree burns with second and third degree burns on the legs and feet.
Marion had the presence to call the next door neighbor, my first cousin, Jarvis Harrison. Thank God he was inside and got the call. He was there within one minute and put the fire out. Otherwise, the house would have ignited quickly. He then drove her to the emergency room in Laurel, MS and after bandaging her, sent her on to the burn center in Jackson, MS. My sister, Sara, as well as Rose's sister, Libby, also went to the emergency as well as Jacob, Marion's friend from the JCJC choir. Syble was waiting in Jackson. Three of her choir friends also drove to Jackson when they heard the news. The surgery was on Wednesday.
Rose also traveled on Wednesday but missed her connection in Toronto. She got some rest and arrived the next day.
Please pray that Marion will have a speedy recovery. Marion loves the Lord so much and serves Him with all of her heart.
Posted by Dan and Rose Smith at 10:52 PM

Dan and Rose Smith are missionaries with Evangel Fellowship International. With Church of God World Missions, they are in the parachurch group.

Their support comes from the donations of individuals and churches and can be given through either organization.
Email: danrose@pobox.com

Use Project No. 065-0448 (Dan and Rose Smith) when making a donation with World Missions.
For on-line giving, click here:
Please put the project number and name 065-0448 Dan and Rose Smith in the comments section of the form.

Donations can be sent by check to EFI or on-line at this link: Click here.